I spend my time doing some interesting stuff, but on this particular evening, I was procrastinating. I was supposed to be cleaning, but instead I found myself looking at some coins that I had thrown into a little wooden box on my sideboard.

I had recently been to a vending machine that took five dollar bills and had spat out dollar coins as change. I had dumped them with the rest of the change that I collect from various pockets while doing laundry, and as I was pretending to dust, I noticed my coins were piling up and decided to count them. I grabbed out some coins and chuckled to myself, as I had a Gettysburg quarter and Ulysses S. Grant dollar coin in my hand. I thought “What are the odds of that happening” and decided to take a photo of them with my phone. That is when I realized that I was being watched.

I instinctively looked toward the spot where I felt the eyes of a male staring at me, toward the window. I did not see anyone out there, and snapped two pictures with my phone. I opened up the second one first, because the last photo you take is the first one that opens. There was nothing unusual about it, just a picture of a window. I studied it to make sure I didn’t miss 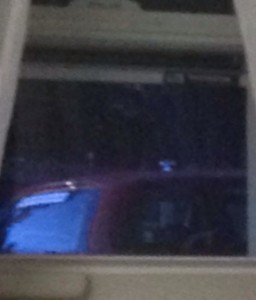 When I opened the first photo, I immediately noticed a face. “There you are!” I said to myself and then I said “Thank you” out loud to the spirit who allowed me to photograph him.  I noticed that he is wearing an open uniform coat with shiny buttons running down his chest.  Others who have seen this photo say they can see the part in his hair, and that it appears to be in front of the white metal of the window screen frame.  I personally see him in my minds eye wearing a hat, so when I look at this photo I think he is wearing a hat.  Leave your comments below, I always love to hear what other’s think.

I have been very lucky to catch the images of those who have passed.  I am grateful they allow me to do so.  A polite word can go a long way, SO… If any other spirits are willing, I would like to put it out there that I would be happy and honored to be their photographer!  Say “Cheese”! 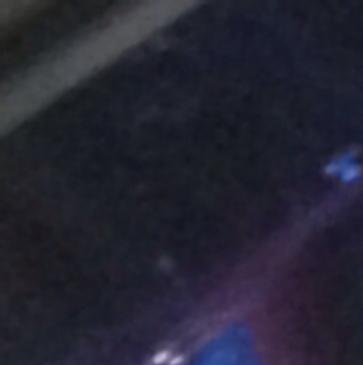