Recently,  I was working as a medium at an event in Salem, MA.  I was taking some pictures to document what was going on while Ron Kolek of the New England Ghost Project read a spell crafted by Christian Day to invoke the spirits to show themselves so we could photograph them. In the Commonwealth of Massachusetts it to illegal to enter a graveyard after dark, so we stood outside of the Howard Street Cemetery at the stone wall.  I placed my camera on the wall, pointed it toward  the candle and pressed the button. 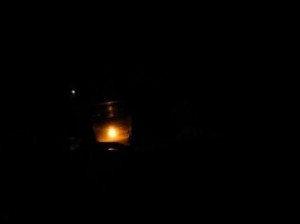 As you can see, it is a normal picture of a lit candle.  Then I pressed the button again. 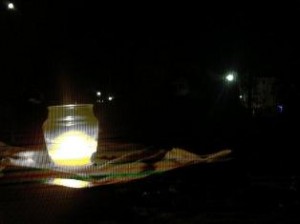 I noticed in ths picture that there were green and red lines running horizontally, and other vertical lines as well.  I couldn’t imagine why that would be so I decided to raise the brightness in the picture to see if I could see what was going on, and this is what appeared. 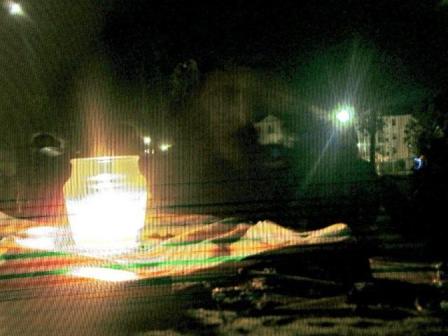 I can understand how this picture could be easily and hastily dismissed because the face is so perfectly centered.  I can guarantee that it has not been tampered with.  I have sent the original file to a Professor of Photography at Dartmouth College to study the image and verify that is has not been altered.

8 thoughts on “The Face of a Spirit?”