Skip to content
First, my notes, exactly as I wrote them:

Rum Hill Room
Masculine energy.  Not too much going on.

Front left room
Cigars male energy, headache on top right of head.  I think I may be feeling this same energy from this room but it is transmuting thru the floor into the Pierce Room.

Dining Room
Being used by the owners and the Janets.  Feels like the people in it now, will have to go back.

I know nothing about a place I am about to investigate.  I  like going in completely blind and not being prejudiced beforehand, so I can walk around and write down what I feel, hear and see in my head. The notes above are just that.

On December 3rd, 2011 the New England Ghost Project rolled into the quiet town of Bath, NH and investigated the Hibbard House.  We were invited in by our hosts Rick and Tim who were very kind and hospitable.

After the investigation, we found out that the house was used as a gay social club in the 90’s, and AIDS patients would stay in the rooms upstairs,

which explains the man with the sickness in the pink room, and the restraints in the basement.  The basement was used as a speak easy during Prohibition. During the investigation I heard a deep voiced man having a one sided conversation behind a closed door.

I was also told later by our host that Harry Hibbard was a lawyer who built this handsome federalist mansion for he and his wife Sarah to live in.  We were told he passed up a congressional seat to live in this mansion. He was very good friends with Franklin Pierce and Pierce would frequently visit.

Tim went on  to tell me that other people who have visited the house have encountered the smell of cigars. I did not smell the cigars during my walk through. I had a mental image of them in my head.

Harry became ill with a brain sickness and was sent to a mental hospital where he died while he was in his 50’s. This was the oddly placed headache in the front

I was told by our host that Mrs. Hibbard lived in the house some years after Harry died. I asked him how she died, and he didn’t know. I believe the woman with pneumonia is Mrs. Hibbard. Usually I feel the ailment from which people passed. On top of my lungs hurting, I started to physically wheeze. I wonder if she may have been an asthmatic. 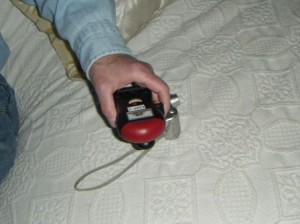 I was aware of Mrs. Hibbard in the Hibbard Room. I  am convinced that she moves things and makes noises. While the team was investigating this room, a digital camera that was sitting on the bed turned on all by itself.  We heard whispers and saw shadow movement within the room.

The kitchen was an interesting area. Although there were no distinct energies that stood out, I sensed that the kitchen was not a quiet place. I feel cabinets may open and close, and movement may be heard.

In the Dining Room a glass swirling brought about a conversation with a male from the 90’s who frequented the social club. Because of a shockingly disturbing image that flashed  in a team member’s head, she abruptly took her finger of the glass, and then one of our hosts ran out of the room crying, overcome with emotion.  He returned visibly shaken, and had no idea why he was crying.  We explained to him that sometimes spirit will impress their emotions or feelings upon us.

It was a very interesting house, and a fantastic experience.  Hopefully someday I can make my way back to visit and spend more time in the Hibbard House.   It is definitely worth the trip!